No, the EU did not abolish geoblocking today 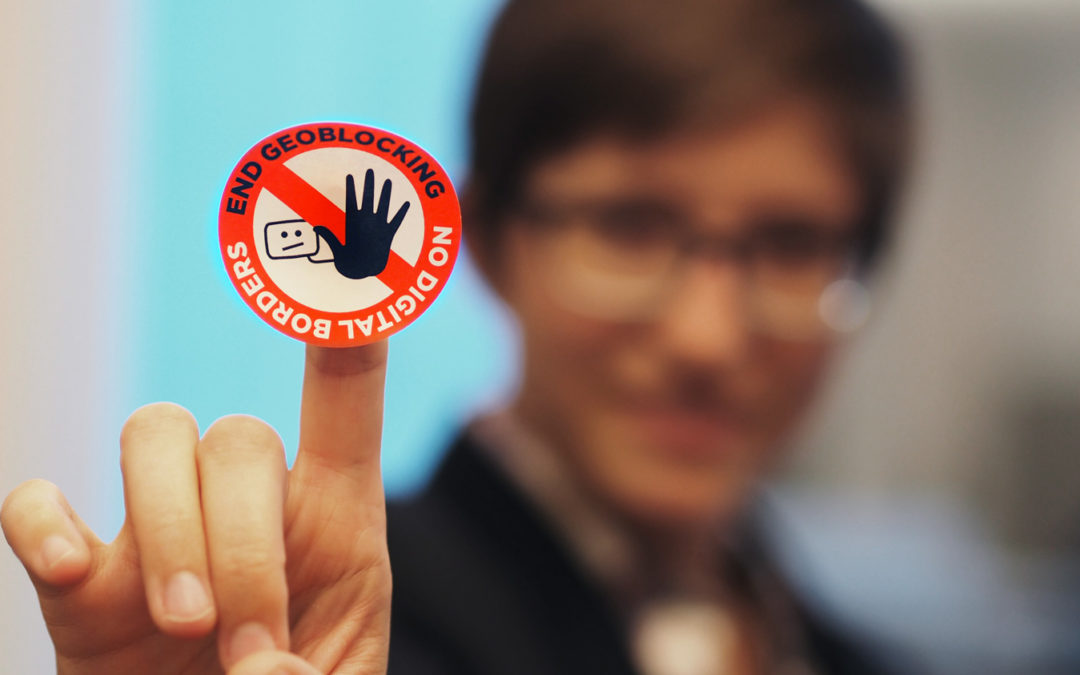 Tragically, error messages like This content is not available in your country will continue to haunt us after the law the European Parliament confirmed today comes into effect. They will continue to deny European works access to a pan-European audience, and cost our economy millions in lost sales.

Today’s decision was one of three timid baby steps on an issue on which we need a courageous leap. The European Commission has presented three distinct legislative efforts that affect geoblocking, which are often confused in the media:

This regulation, which will come into effect in April 2018, establishes your right to access your Netflix account on vacation: A VoD service’s selection of shows and movies you pay for will now follow you into another territory for a temporary stay, which today is often prevented by restrictive licensing contracts and differing copyright laws.

However, this law does not allow you to pay for a subscription to a VoD service not offered in your home country in the first place. Netflix will remain the only VoD service offered in all EU member states, while the dozens of local competitors operate on national islands.

Despite saying geoblocking on the tin, this law, the final version of which the Parliament passed today, only addresses three very specific cases of location-based discrimination – and not the ones Europeans most commonly run into:

The regulation completely excludes all digital media. It does not ensure that sellers ship goods to your country, and it doesn’t even harmonize prices.

I pushed for this law to extend to media as well. The European Parliament voted to include video games, ebooks and music (but not videos), but in the end the member state governments outright refused even a partial ban on geoblocking for digital media, when the trader did have the necessary copyright licenses to sell them all over Europe.

The only good news is that the Commission had to commit itself to reviewing the regulation by the end of 2020, at which point the question of copyright-protected digital media will come up again. However, by then, a new European Parliament will have been elected and a new European Commission will be in office.

3. The Regulation on Online Transmissions

Geoblocking is also wide-spread among TV and radio stations’ streaming and catch-up offerings. For example, members of the Danish language minority in northern Germany have little access to TV shows in their language from the website of the Danish broadcaster – and vice versa.

Unfortunately, the Legal Affairs Committee of the European Parliament bowed to intense lobbying pressure by the film industry and voted down any meaningful improvements, falling behind even the European Commission’s ambitions. The committee would facilitate such access only to news content, and even there the rules remain vague.

In a close vote, Parliament approved the committee’s restrictive position and negotiations with the national governments are about to commence. In a dramatic reversal of roles, it is now the Council of national governments trying to convince the usually more consumer-friendly European Parliament to allow more cross-border access to TV and radio programmes.

These negotiations are our final remaining shot to come close to actually tearing down digital borders between EU member states. If they fail, there won’t be another chance to get rid of geoblocking until after the next European elections in May 2019.

To the extent possible under law, the creator has waived all copyright and related or neighboring rights to this work.

Julia Reda, the Pirate in the European Parliament.
She is fighting to make copyright in the EU unified, progressive and fit for the future. Will you join her?